On July 26, a Miami, Fl court ruled in favor of a defendant who was charged with money laundering and ‘illegally’ selling Bitcoin.

Prosecutors in Dade County had attempted to charge Michell Espinoza with money laundering for selling his Bitcoin currency to another party, alleging that to do so outside the financial and regulatory system was in violation of Federal statues.  However, the judge ruled against the state using a controversial parameter… that Bitcoin was not money, and thus was simply a barter transaction between two parties for legally owned property.

Michell Espinoza from Miami Beach was charged with illegally selling and laundering the cryptocurrency.

According to the US Miami Herald newspaper, Miami-Dade Circuit Judge Teresa Mary Pooler ruled that Bitcoin “has a long way to go before it is the equivalent of money,” adding that it did not have enough characteristics of currency in its usual sense.

The judge threw out criminal charges against Espinoza stating that he could not be punished for “selling his property to another, when his actions fall under a statute that is so vaguely written that even legal professionals have difficulty finding a singular meaning.” - Sputnik News

There are numerous ramifications with this ruling, since it also appears to contradict a previous ruling on Bitcoin from a New York district court which determined that the crypto-currency was a security rather than money, and is bound by regulations formed under the Securities and Exchange Commission for the trading of market assets. 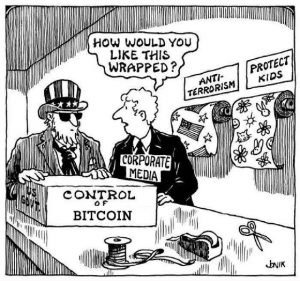 The judges ruling in the case of Michell Espinoza also sets an interesting paradox where a court both acquitted a defendant, but then attempted to establish precedent law in regards to a digital currency that is not regulated or controlled by and within the United States itself.