Thanks to the power of the internet and youtube, virtually anything post-1990 can be found in some capacity within the ether.  And for those who did just a small amount of digging, they know that the last two Federal Reserve Chairman admitted they were clueless regarding the housing bubble and stock markets crashes of 2007 and 08.

Yet one regional Fed President did forecast the collapse, but was regularly ignored by his peers.  And now with Richard Fisher out of the halls of central bank power, he is once again warning of a crash, and said two weeks ago at the Strategic Investment Conference that he is not the only one believing that it is coming. 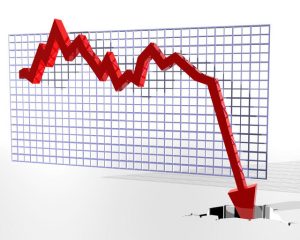 But as Sagami points out, Fisher’s most telling comment came during the Q&A session when he was asked how his personal portfolio was positioned. Fisher’s response: “In the fetal position.” Moreover, he also said that “all my very rich friends are hoarding cash.”

Not some, not many. All. - Zerohedge

Of course it is difficult to try to determine who these ‘rich friends’ are, but in recent weeks, several billionaire money managers like George Soros, Stanley Druckenmiller, Carl Icahn, and the Bond King Bill Gross all have publicly warned of a coming financial crisis, with every single one making speculative bets against the markets and the Fed.

Since the middle of last year, economists in the alternative media have pointed towards a crisis point that began with the market top back in July, and is expected to boil over through 2017.  And with gold being the best performing asset anywhere in the markets since January of this year, someone, somewhere knows something is coming, and are putting their money where their beliefs are.