During the reign of the British empire, many port cities as well as nations were conquered and controlled by the crown for economic and geo-political reasons.  From China, India, protectorates in the Middle East, and even an island off the coast of Argentina, British conquests once led the sea power to be called ‘the empire where the sun never sets’.

But in the wake of this rule were many instances where Britain raped the resources and the productivity from nations they took as colonies, and even used these peoples to fight their wars.  And now, nearly 70 years after India gained their independence, Prime Minister Narendra Modi is calling for reparations for centuries of pillage by the Brits, and at a time when Eurasia is dividing itself from the West through a coalition known as the BRICS.

Indian Prime Minister Narendra Modi has backed a politician’s calls for Britain to pay reparations to India for the damage it caused during colonial rule.

Modi made the remarks after a video made by Shashi Tharoor, a Congress party member speaking at the Oxford Union, was posted on social media and became an instant success.

“Britain’s rise for 200 years was financed by its depredations in India. We paid for our own oppression. It’s a bit rich to oppress, maim, kill, torture and repress and then celebrate democracy at the end of it,” Tharoor said at the debate.

He further said Indians had “paid for [their] own oppression” by buying British goods, arguing that by the turn of the 20th Century they were the biggest buyers of British products in the world. - Russia Today

India is not the only nation to look back upon recent history and demand reparations for past wrongs.  During this year’s negotiations between Greece and Germany regarding overwhelming odious Greek debt obligations, Greece’s leaders intimated that Germany still needed to pay retribution for atrocities and theft done by the Third Reich Nazi occupation that took place during World War II.

The advent of the United Nations was supposed to provide equal protection and treatment for all nations, especially smaller ones, from superpowers that in the past would have simply forced their will upon these nations via colonialism. or as we saw in the first decade of the 21st century, by sanctions and military intervention (Iraq).  Yet while this world body has stood by when the United States uses their overt and covert policies to overthrow governments and even assassinate world leaders so they could put in political controllers in these nations governments (Ukraine), little has changed for Western powers who still seek dominion over other sovereign countries through the colonialism they employed three and four hundreds years ago. 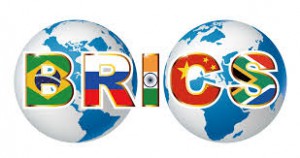 It is unlikely that India will win their case for reparations against Britian, but it will open the door for a bit of revenge on the UK as monetary power moves East, with India now in one of the primary seats for the future of global finance.  And soon it will not be India who comes begging to Britain for aid and scraps under the dying Western led banking system, but rather it will be Britain who comes hat in hand to be a part of the Eurasian trade conglomerate that will very soon reach critical mass over a majority of the population.