Ever since the U.S. imposed economic sanctions on Russia in the early part of 2014, the European Union has followed Washington’s policy like a lapdog or a vassal state.  But the effects of these bi-lateral sanctions have caused immense strains between the political and economic segments of each nation within the EU, culminating in numerous protests, strikes, and even rises in new radical political parties.

However, the EU has one interesting format in which Russia could potentially exploit, and that is that every treaty, act of war, or sanction must be ratified unanimously by all member states within the Union.  And the crack by which Vladimir Putin could use to break the coalition has always been Greece.

Greece is an EU nation that has been brutally crushed by the likes of Germany, the IMF, and the oligarchs in Brussels.  And their ongoing six years of forced austerity is derived primarily from onerous loans forced upon them by banks such as Goldman Sachs, and corrupt technocrats assigned to run Greece following the 2008 financial collapse.  Thus a growing hatred of both Germany and the European Commission by the people of Greece is a door right now being used by Russia to break just one country that could stand up and reject the renewal of sanctions against them when they come up for a vote in June.

The Russian President makes his first EU trip in seven months with a visit to Athens on Friday. It comes just a month before Brussels decides on whether to extend EU sanctions against Russia.

Before the visit, Putin published an article in Greece’s Kathimerini newspaper, where he spoke about the negative effect of mutual sanctions.

“These days, Greece is Russia’s important partner in Europe. Unfortunately, the decline in relations between Russia and the European Union stands in the way of further strengthening our cooperation, with an adverse effect on the dynamics of bilateral trade that fell by a third to $2.75 billion as compared to last year. Particularly affected were Greek agricultural producers,” Putin said.

Putin’s visit to Greece breaks a long pause in his travels to Western countries. Last time he went to the EU was November 30 last year, when he took part in the UN climate conference in Paris.

Over the past year the Greek leadership has criticized the EU’s anti-Russian sanctions, but has never used its right to veto their extension. According to some analysts, Athens is playing the Russian card to persuade Brussels and international lenders towards a softer position on its €320 billion debt. - Russia Today

In addition, Greece also has the bitter taste of a leaked document from two months ago where members of the IMF suggested the bank create a financial crisis within their economy to try to force them back to the negotiating table on terms better suited towards Germany and the IMF.

Russia ‘sweetened’ the pot on Friday by voting to extend current reverse sanctions against Europe, which have already caused farmers and businesses within the EU to lose tens of billions of euros in lost trade.  And many European leaders are feeling the heat from their own people and are beginning to advocate an ending to these sanctions by cutting off their lock-step coalition with U.S. foreign policy. 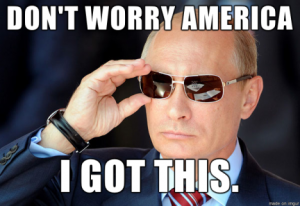 The biggest loser in the now three year economic proxy war between the U.S. and Russia has by far been Europe.  In fact, reverse sanctions by Putin have had little effect on the U.S. as there is very little trade done between the two economies, and the brunt of the losses have occurred within Europe since Russia was able to supplement their lost trade with imports from elsewhere.  And as each year goes forward with sanctions against one other being renewed for no real reason but to placate Washington, the more Russia will grow stronger by expanding their own Eurasian Economic Union and leave Europe isolated as they continue take their money Eastward into Asia.