ELDER PATRIOT - Obama spent over $40 Trillion during his eight years in office forcing us $10 Trillion deeper into debt and poor people – his supposed constituents - are no better off.  In fact, they may be worse off than they’ve ever been as these pictures coming from America’s richest city prove. 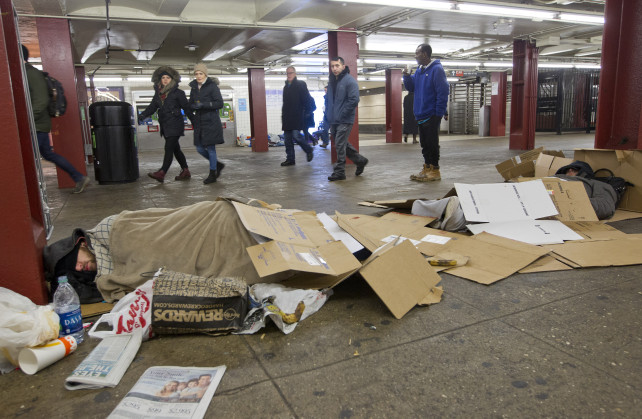 The subways have always become a safe harbor for the city’s homeless but the number of those desperate enough to seek sanctuary underground has been shocking even to hardened New Yorkers.  It’s a literal shantytown down there.

One veteran of many New York winters said, “This is really disgusting.  You walk through here, you feel like you’re in a Third World country, not the heart of Manhattan.”

Despite New Yorkers overwhelming support for Obama and his socialist policies we can see that many of his supporters find themselves in the same position as Hugo Chavez’s supporters.  Sadly, the world is full of useful idiots.