There is a reason why a former leading psychiatrist and now political analyst alleges that President Barack Obama is a severe narcissist, because one of his traits is being extremely vindictive towards anyone and anything that disagrees with him or his policies.  Case in point, the complete destruction of the coal industry in the United States when businesses in the energy sector chose to scoff at his bankrupt alternative energy agenda. 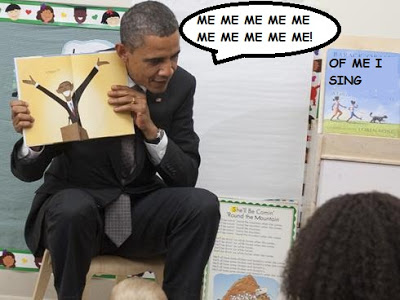 And while this was just one incident where the President retaliated against businesses who opposed his will to rule with a sovereign fist, the newest attack against American industry appears to have come because businesses adapted to enable themselves to opt out of the onerous Obamacare mandates.

And it comes by unlawfully changing overtime regulations for workers.

Key Provisions of the Final Rule

The Final Rule focuses primarily on updating the salary and compensation levels needed for Executive, Administrative and Professional workers to be exempt. Specifically, the Final Rule:

Additionally, the Final Rule amends the salary basis test to allow employers to use nondiscretionary bonuses and incentive payments (including commissions) to satisfy up to 10 percent of the new standard salary level. - Dept of Labor

In these new provisions and rule changes, Obama is summarily dismissing business rights to set salary designations for employment positions, and causing them to have to pay overtime to individuals who are not considered hourly wage earners.

These new changes are also in response to businesses cutting back on full time workers since the cost of healthcare under the Obamacare mandate was too expensive for labor costs set to run a successful enterprise.  And in addition, the egregious Affordable Healthcare Act set full-time workers as ones who work 30 hours per week instead of the previous 34, and are now required by law to receive paid healthcare.

Federal policies should never be created through coercion or blackmail due the petulant vindictiveness of a leader or legislators in Washington.  But over the past eight years, many unlawful regulations and laws have been enacted by just such an individual through the stroke of his pen, and the connection of his phone.  And when Obama finally leaves office in eight month’s time, America’s economy will hope to achieve a sigh of relief from the onslaught of destruction the narcissist-in-chief created during his two terms.