Back in the days of slavery, having the shackles removed was both a fearful and hopeful time for those who had lived in bondage as the new world of freedom meant infinite possibilities, but also the realization that one was now responsible for their own choices and livelihoods.

This is exactly what voting to leave the European Union after several decades now means for the UK and for the British people.  And not unlike what the Russian people experienced following the fall of the Soviet Union, in the short-term the environment will be difficult, but in the long-term the outcome could lead to greater economic and social growth.

As the EU was a domineering and closed union, the centralized system stifled free trade and was intrinsically built to give advantages to some within Europe while leaving most others to wallow in economic stagnation.  But now that Britain has broken its own chains and started the ball rolling towards self-determination, nations and economies from around the world are preparing to commit to new trade agreements with the UK, since they no longer have to deal with a technocratic bureaucracy that more often than not fined foreign businesses rather than cultivated relationships with them.

The government of South Korea will push for a free trade agreement with the UK after Britain leaves the European Union, according to the national broadcaster KBS.

The decision was made during Friday’s meeting of ministers chaired by Finance Minister Yoo Il-ho, the broadcaster reported.

It also said the “government will maintain a stable level of foreign exchange reserves to prepare against financial jitters and make preparations to issue foreign exchange equalization bonds depending on the market situation.”

Financial market uncertainties emerged in the wake of the Brexit vote but South Korean officials say the situation has eased since then due to “response measures taken by major economies.”

South Korea exported over $7 billion worth of goods to the UK last year which is 1.4 percent of the country’s foreign trade.

As part of a national strategy for economic development, Seoul has earlier signed free trade agreements with a number of countries, including the US, China and the European Union. - Russia Today

The global economic system is currently locked in a battle between those who would implement closed trade (EU, TPP, TTIP), and nations in Eurasia and the Far East who would seek trade done between countries using their own currencies directly.  And since these non-dollar trade pacts have emerged since the middle of 2013, more and more nations are welcoming a return to bi-lateral trade, and away from agreements that limit free access through strangulation by regulation and bureaucracy. 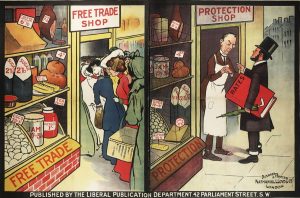 Many analysts believe that Britain will suffer greatly by leaving the protection of the European Union, but so far in the three weeks since the Brexit vote, offers for new trade and even banking agreements have been coming in from strong economies in the East.  And this alone reflects the potential for greater economic growth in the UK than it has experienced over the past eight years being shackled to a corpse.