With talks during the last real week of negotiations between Greece and the Troika ending in a stalemate, Prime Minister Alexis Tsipris has found himself at a crossroads with no real political or economic solution available outside of default, or full austerity.  And in a response to the EU’s demand for a final acceptance or rejection of the ECB’s reform requirements that are due by Monday the 29th, the leader of Greece has called for an emergency meeting of Parliament to ask for a referendum vote of the people that could justify the nation’s leaving the Eurozone, and being willing to default on its debt.

At stake is much more than just Greece defaulting on $380 billion of sovereign debt, but the possibility that several other nations will force the hand of Germany and the European Commission should the Greeks default and leave, or if they were to receive concessions from the Troika.

The government is considering a referendum on the substance of the agreement, according to recent reports, during the enlarged meeting taking place from Friday night at the Maximos Mansion. The referendum is expected to be held next Sunday, while the prime minister has already informed the political leaders. The prime minister after returning from Brussels convened the extraordinary Governing Council at the Maximos Mansion, which after 23:00 turned into cabinet by attendance of ministers and party executives to discuss the latest developments and next steps in view of tomorrow’s Eurogroup.

Protothema is reporting that Tsipras has confided in a fellow EU official that if the country’s creditors insist on sticking to pension and VAT red lines and if Friday’s bailout extension proposal (which the Greek government apparently views as a patronizing stopgap) is the troika’s final offer, he is prepared to call for snap elections. - Kathimerini

Greece has several options, including an invitation to join the BRICS nations and be backstopped by Russia.  However, Tsipris has been playing games with both sides to stall for time and more concessions, but is now at the end of the line as Europe demands an answer from his government by the end of this weekend. 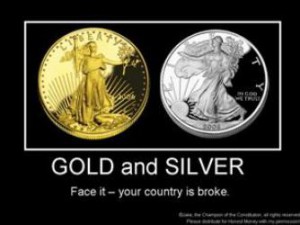 The Greek people are speaking right now in regards to their confidence with Tsipris by standing in line at local ATM’s to get even more money out of the banks, and this may be the catalyst for the Prime Minister’s call for a referendum.  Yet nationwide support for Tsipris and his Syriza party may already have passed, and the decision that comes from Greece this weekend will have extraordinary consequences for them, and the Eurozone as a whole.