Contrary to the West’s belief that the state of the U.S. economy determines the state of the global economy, in today’s world the real indicators on whether the economy is in a a growth phase or in recession come from China.

Among the top 500 firms, 155 reported declines in revenues in 2015, 61 more than a year ago, with many of them representing the overcapacity-plagued coal, steel, oil and chemicals industries.

Meanwhile, 72 firms reported losses, 15 more than a year ago. - En.people.cn

The Chinese government is well known for inflating or masking their true numbers when it comes to economic and financial reporting, so a public announcement of declines from their top businesses validates a key data point that the entire world is slowing down, and could already be in a global recession.

We know from last year that global shipping fell off a cliff, with the Baltic Dry Index falling to its lowest levels in the history of the indicator.  And this was also confirmed for most of 2016 when the price of oil has fallen to multi-year lows of below $30 per barrel.  But perhaps what might be the biggest indicator of the world already being in recession is the fact that central banks have not pulled back from their quantitative easing and lowering of interest rates, and in most cases they have doubled down to where several policy makers are now running negative interest rates, and are buying up every asset available to include stocks and corporate bonds. 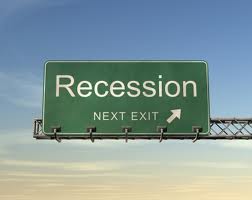 Both governments and central banks will never admit an economy is in recession until it is well into the cycle, and where they have no choice but to finally admit the truth or lose all credibility.  Yet if China’s largest companies are now showing declines in earnings for the first time in 15 years, and that even includes the period during the Great Recession of 2009-11, then this speaks greater volumes on the state of the global economy than nearly any other indicator can, or any rhetoric from government and Wall Street lackeys.