On Aug. 19, the IMF announced that they were delaying the decision to include the Chinese Yuan (RMB) into the SDR basket of currencies for at least one year, or until Sep. 30, 2016.  The decision to exclude the Yuan in next year’s basket content was determined a week ago, but the announcement to go forward with allowing China to stabilize and strengthen its currency was only released today.

IMF executive board extends current composition of its Special Drawing Rights for nine months until Sept. 30, 2016.

IMF staff had recommended extending the current basket, which was due to expire Dec. 31, to minimize disruption if yuan added.

Board made decision Aug. 11, IMF says in statement - Bloomberg via Zerohedge

The ramifications of this denial of the RMB could have some interesting and perhaps destructive effects for the dollar, and for how China chooses to move forward in their goal of having the Yuan function as a de facto reserve currency.  In the last year alone, China has opened the Asian Infrastructure Investment Bank to compete with the IMF, the BRICS bank to compete with the World Bank, the Shanghai Gold Exchange to compete with the Comex and London Gold Fix, and a new SWIFT system to expand the use of the Yuan in bi-lateral trade. 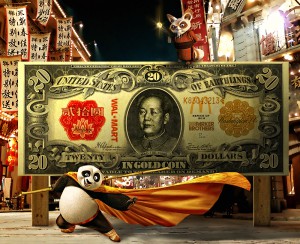 It is probably no coincidence that China’s equity markets crashed in the days leading up to the IMF’s final decisions, and that China responded with a currency devaluation which crushed carry traders who used the Yuan in their speculative bets.  And it is becoming more apparent that the IMF’s decision to keep the second largest economy’s currency out of the global SDR was done under pressure from the U.S., and as a chess move in the global currency war meant to keep dollar hegemony alive for a little while longer.