As we have noted many times in our writing, if you want to become rich, watch and do that the rich do when it comes to investments.  And despite the fact that banks like J.P. Morgan have used the paper Comex market to short the spot price and protect their paper derivative positions for several years now, one thing is for certain, they are not discounting ownership of physical silver and in fact, have accumulated hundreds of millions of ounces in what appears to be preparation for a serious run to higher physical prices for the monetary metal.

The total JP Morgan silver stockpile has increased dramatically in the last four years. In 2011, JP Morgan has little or no physical silver. By 2012, they had acquired 5 million ounces of silver bullion.

Incredibly, in the last 3 years their COMEX silver stockpile has increased tenfold and is now over 55 million ounces (see chart below)

Here’s a breakdown of the Comex’s recent physical silver deliveries to JP Morgan:

Is JP Morgan accumulating silver at these depressed levels in anticipation of geopolitical and financial turmoil?

It seems likely. JPMorgan Chase Chairman and CEO Jamie Dimon in his recent letter to shareholders warned - “Some things never change - there will be another crisis, and its impact will be felt by the financial market”. - Zerohedge

Whenever you see bankers, analysts, and financial chief operators like the former head  of the Federal Reserve Ben Bernanke talk down a historic store of wealth like gold or silver, it either means that they want to keep the common investor from accumulating their own positions, or to con these same investors into other assets like stocks or bonds.  And unlike American and European populations, who have lost their understanding and appetite for precious metals as investments or as real money over the past 40 years, not only have nations in Eurasia and the East been profiting from the West’s ignorance of gold and silver, but have themselves acquired record numbers in preparation for a time when gold and silver will become an intrinsic part of the new monetary system.

J.P. Morgan is the manager of the SLV paper silver ETF, and through vast amounts of naked shorting has worked against their own customers in devaluing the investments of traders in this equity market.  This has been made possible through the Comex still having control over the global spot price, and in their using this authority to protect the risky bets of the banks who placed derivatives on the price of precious metals.  But the writing is already on the wall for anyone who sees the trends moving away from U.S. and dollar hegemony and into the hands of China and Eurasia, and those in the know are buying precious metals hand over fist, and accumulating every ounce they can to not just survive the coming financial collapse, but to have a seat at the table in the next system that emerges. 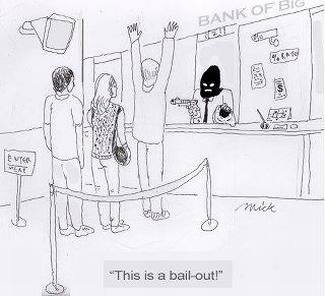 China gets foothold into Europe by purchasing Greek port

Black Monday: No matter the spin, markets built on Fed policy instead of economy