KIRSTERS BAISH - We all have secrets, but Kamala Harris has a big one that’s not so secret anymore. She was desperately trying to keep it under wraps, but it’s too late now!

It seems as though the liberals continue to boast that they are so much wiser than the rest of us, even after their biggest darkest secrets are exposed.

The Democrats don’t want you to know anything about this blow to the party. Luckily, we’re here to tell you the truth.

Since Trump began his journey into office Kamala Harris has made moves in her political career by bashing him any which way she can. When speaking with Jeff Sessions she barely let him say a word as she dominated the conversation, making herself look like domineering jackass. The problem with Harris is that you can’t simply bash others to get ahead all the time. If nothing you say is made up of any real substance or intelligence people have a hard time taking you seriously. The puzzle pieces are all starting to fit into place as her dirty past is finally uncovered in a truly shocking discovery.

During a Hillary Clinton rally back in 2016 Kamala Harris claimed that Hillary was the only one who would be able to create an “America where opportunity is open to everyone… where everyone plays by the same set of rules.”

Says the woman who began her political career as Willie Brown’s mistress.

The same woman who kissed Hillary’s ass in order to preach “equality” is a homewrecker who figured that it would be a good idea to take to bed anyone who could help her climb the political ladder. She didn’t care that she was destroying other people’s careers in addition to marriages on her way to the top of that ladder. But that’s not the end of it. She wasn’t able to keep any job that she got so she had her boyfriends (who were always in a position of power, surprise surprise) get her higher paying position after higher paying position.

The disreputable and corrupt Mayor of San Francisco, Willie Brown, was involved with Harris when he was 60 and she was only 29. It’s safe to say she wasn’t with him for his looks or the sex. Oh yeah, and he was married at the time. After Harris, his marriage ended and she soared spread eagle (no pun intended) all the way into the United States Senate. Scary, isn’t it?

The Daily Caller claimed that Brown had appointed Harris to more than one high paying job. One job even cost American taxpayers $72,000 a year… but that’s not the worst of it. One of her jobs cost American taxpayers $92,000 a year. Several people described her as “Brown’s girlfriend” the Los Angeles Times published when the scandal finally came out.

Isn’t it ironic that a woman who preaches equality and women’s rights used her body to get to the top? If this is what it means to be a feminist you can count me out. 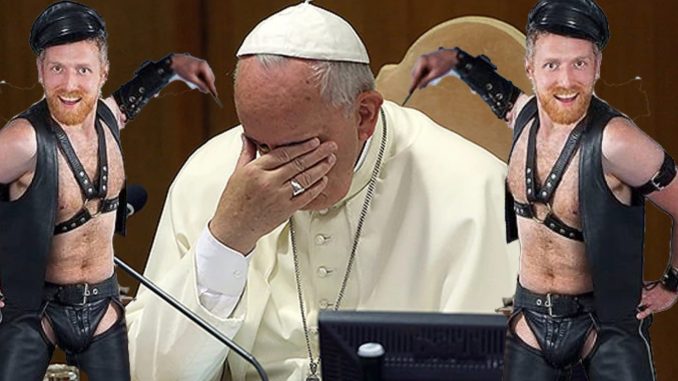