Prior to the UK Brexit vote two weeks ago, the City of London had already begun issuing Yuan denominated bonds to help begin the internationalization of the Chinese currency.  And with Britain choosing to break away from the oligarchical government that was being run out of Brussels, a new allegiance with China and their monetary system could aid in lessening Britain’s financial struggles, and make China the biggest winner in the Brexit outcome.

London’s role as a major offshore yuan hub is likely to survive Britain’s decision to leave the European Union, but the vote could help foster the Chinese currency’s internationalization by encouraging multiple yuan hubs in the bloc.

In the aftermath of the referendum, market-watchers and domestic Chinese media had raised fears London’s leading role as an offshore yuan hub would be undermined, potentially setting back Beijing’s efforts to internationalize the yuan.

But as the dust begins to settle, some bankers and analysts believe the pessimism was overdone. That is not to say there will not be an impact, but the move may encourage China to foster yuan trading in cities in mainland Europe and so expand the currency’s global footprint.

“We expect London to keep its status as the world’s largest foreign exchange center though some of the city’s other financial services may have the risk to be moved to other countries following Brexit,” said Andrew Fung, head of global banking and markets at Hang Seng Bank, adding FX trading is currently the key part of the yuan’s internationalization. - Sputnik News

Prior to the Brexit vote there had much talk about whether London would eventually give up its place as the global center for banking and finance, and potentially be displaced by Frankfurt as the German economy had replaced many of Britain’s former roles while in the EU.  But while the European Union has slogged through stagnant growth and now negative bond yields since the 2008 Credit Crisis, the largest growing consortium for finance and trade has come from the East, and is being dominated by both Russia and China. 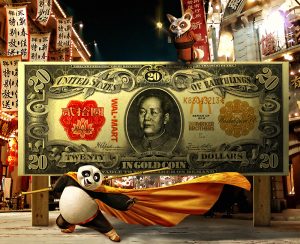 The world is splitting between two rival factions, and is rushing headlong into a paradigm shift over who controls the next global financial system.  And while the UK has attempted to straddle three fences over the past decade (US, EU, and China), with one of those stiles now removed from their tightrope walk, the Brits will soon have to make a choice, and the most likely one will make China the front runner to becoming next master of global finance and international trade.