The American people have been subconsciously programmed to trust both their government, and their banking systems as institutions dedicated to protecting their money and livelihoods.  However, just as we are seeing today in the race for the Presidency, and in a cyber-hack of the Federal Reserve by foreigners, security only exists to protect the establishment, and actions are only taken when their power is threatened.

In 2010 Congress passed legislation to put the onus of bailing out banks on the depositors, and away from the responsibility that was supposed to be assigned to Federal regulators.  And while further laws were later enacted to go after common Americans who might have moved their money offshore in past years (FATCA), little has been done to protect vital areas such as the grid, or the U.S. banking system itself from hackers and cyber-attacks.

Which leads one to wonder why the recent theft of over $80 million by cyber-thieves out of Bangladesh against the Federal Reserve itself, and through loopholes in the SWIFT system, have received little fanfare or seriousness by Washington.  And the only answer that can be determined is that those sovereign and NGO entities who use SWIFT for money laundering must protect their mechanisms at all costs, even at the potential loss of tens of millions of dollars.

“I can’t think of a case where we have seen a criminal go to the level of effort to customize it for the environment they were operating in. I guess it was the realization that the potential payoff made that effort worthwhile,” Adrian Nish, BAE’s head of threat intelligence said.

Nish added that even though the malware was written exclusively to attack the Bangladesh Central Bank, cybercriminals may use the same pattern in the future.

Investigators of the case have said the hackers used stolen credentials from Bangladesh Bank computers to log into the SWIFT system. The new research shows the SWIFT software was allegedly compromised to hide the tracks of fraudulent transfers. - Russia Today

In 2008 as the banks were heading towards financial collapse, we have now discovered that it was the liquidity of money laundering from drug cartels that protected these institutions from outright bankruptcy.  And in an interesting tie to drug running, money laundering, and the SWIFT system, one of the world’s leading drug running middlemen, the CIA, has a database that is connected to SWIFT itself. 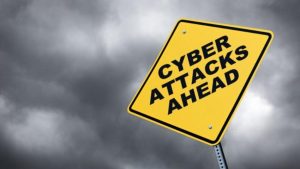 The US and UK in particular, according to Shaxson, have used the secrecy that corporate laws and associated tax havens can offer to sustain their hegemonic position in the world. As we saw, giving a bunch of drug cartels means to launder their money allowed Wachovia to survive for years after the time when it should have collapsed; the US and UK are just larger versions of the same gimmick.

Which is why, I’ve become convinced, the response to NYT’s reporting on SWIFT was (andremains) so much more intense than even their exposure of the illegal wiretap program. The shell game of international finance only works so long as we sustain the myth that money moves in secret; but of course there has to be one place, like SWIFT, where those secrets are revealed. And so, in revealing that the US was using SWIFT to track terror financing, the NYT was also making it clear that there is such a window of transparency on a purportedly secret system.

And the CIA has, alone among the world’s intelligence services, access to it. - Emptywheel.net

The electronic banking system that runs the financial world is extremely fragile, and open to corruption from too many fingers having access.  And if cyber-hackers can get into the world’s largest central bank and steal millions of dollars from halfway around the world, how secure is any other account from these types of thieves, both government and civilian, in stealing your money without your knowledge or consent?