Although most generations living today have little or no idea behind the real reasons and purposes for the ‘war on drugs’, the fact of the matter is that is has and always will be about money, and those who control it.

Cannabis or pot is a drug that has a long history in the United States, and was even used as a relaxant by our Founding Fathers as written in several annals from that time period.  And like the way Great Britain forced opium on the Chinese back in the 19th century to help fund their vast global empire, the American government did virtually the opposite and banned such natural narcotics as a way to enrich pharmaceutical companies through medicinal monopolies, and to enlarge law enforcement agencies through the incarceration of users.

But this may all be changing as on Aug. 1, the Drug Enforcement Agency (DEA) will be reviewing narcotics currently on Federal registries known as ‘schedules’, and there is a very good probability that Cannabis will be removed as a schedule 1 drug and placed on a different list that contains current legal substances like alcohol, caffeine, and nicotine.

By August 1, the DEA is going to examine what it calls its “schedule” with respect to one controlled substance.

“Schedule” refers to how the DEA classifies drugs. These classes range from Schedule I to Schedule V. Schedule I drugs are the most tightly regulated. In fact, they are practically forbidden on the open market.

Drugs or substances put on Schedule 1:

With states like Colorado and Washington legalizing pot over the past couple of years, and to date not being sanctioned by the Federal government nor having their populations arrested for using the drug, the bottom line has been a windfall of cash that has benefited both business owners, and government revenuers, while at the same time seeing Big Pharma lose out from declines in their much more addictive ‘legal’ narcotics.  This of course is the underlying reason for the Schedule review as it is the corporations themselves, along with medical unions such as the AMA, which control what foods, drugs, and substances we as a people are aloud to consume. 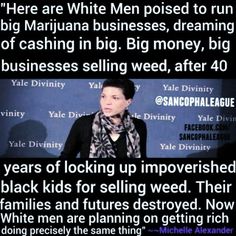 The bottom line is that cannabis should never have been regulated as a dangerous or illegal drug, but was only done so at the behest of Big Pharma, and within an agenda created by the former head of the FBI, J. Edgar Hoover.  And now that the public has overwhelmingly spoken out against the long-standing ban on pot, corporations along with the government are ceding to that old adage, if you can’t beat em, co-opt them and make money from it.