ROMNEY WORDSWORTH - It is Wednesday, June 15, 2016 and you know what that means:  It’s Trumpday!  Let’s get started.  Donald Trump gave a major address from New Hampshire on Monday on the mass shooting terrorist attack in Orlando, Florida, renewing his call for a ban on Muslim immigration, and attacking Hillary Clinton and Barack Obama.

Trump stated that:  “Hillary can never claim to be a friend of the gay community as long as she supports an immigration policy that brings in vast numbers of people who hate our values.” 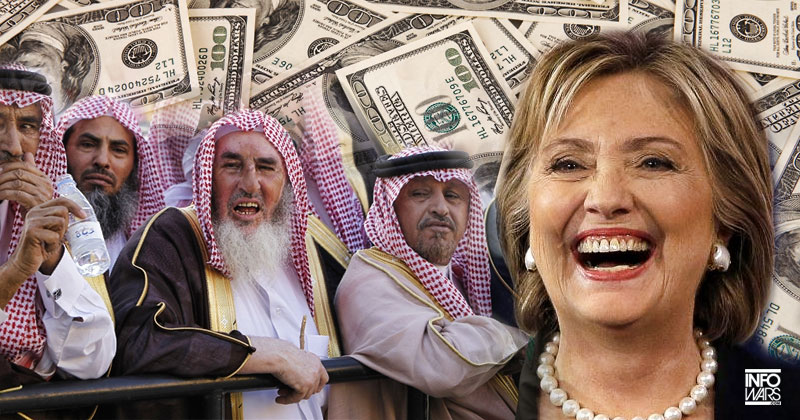 The Petra News Agency published on Sunday what it described as exclusive comments from Saudi Deputy Crown Prince Mohammed bin Salman which included a claim that Riyadh has provided 20% of the total funding to Hillary Clinton’s presidential campaign.    The Crown Prince’s exact words were:  “Saudi Arabia always has sponsored both Republican and Democratic Party of America and in America current election also provide with full enthusiasm 20 percent of the cost of Hillary Clinton’s election even though some events in the country don’t have a positive look to support the king of a woman (sic) for presidency,” according to the Petra News release.  If you look at the tens of millions that the Saudis have poured into the Clinton Foundation, it isn’t hard to see how the Saudis could see it that way.  You should too.  The Clinton Foundation is a rather obvious attempt by the Clintons to skirt around the law against allowing foreign governments to make political contributions and influence our domestic politics.  It is absolutely illegal, but that never stopped the Clintons before.

Trump also tore into Obama’s insane immigration policies that are shipping in thousands of radicalized, sharia supporting Muslims into the United States, without being vetted politically, or for communicable diseases.  Tuberculosis epidemics are breaking out everywhere that Obama “resettles” Muslim migrants.

“He doesn’t get it or he gets it better than anybody understands — it’s one or the other, and either one is unacceptable,” Trump said. 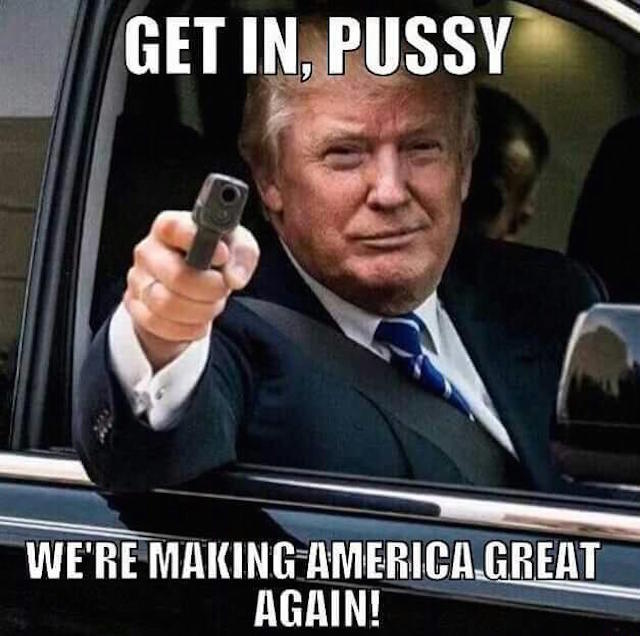 Clearly this refers to Obama illegally importing migrants from Syria and Afghanistan that certainly contain a number of Jihadists, and all of whom support Sharia Law, which is incompatible with the Constitution.

Obama and Clinton jabbed back in speeches on Tuesday claiming that Islam had nothing to do with the Orlando mass shooting.  Instead they blame “the internet” for radicalizing the shooter, and the “history of Christian intolerance towards gays” for creating the “climate that led to the shooting”.  But the shooter’s own words saying he was doing it because Islam condemns homosexuals to death is being ignored.  Ditto with the fact that his pro-Taliban, homosexual hating father might have had something to do with Omar being “radicalized”.  Nothing to see here, just move along.

When it is the law in eleven Muslim countries to put homosexuals to death, can we still properly say that this is a form of “radicalization”?  It isn’t a “radical” form of Islam at all, it is the standard procedure of Islam.

And this, more than anything else, is why Donald Trump is right to call for a ban on Muslim immigration.  But the Left and the Democrat Party are doubling down on shipping in Jihadist Muslims as fast as they can.  Why?

History repeats itself.  What we are seeing is a slow motion version of the Night of the Long Knives, when Hitler consolidated his power in Germany.  In one night, the SA, Hitler’s brown shirted street thugs led by the notorious homosexual, Ernst Rohm, were annihilated by the SS, led by Heinrich Himmler.  As I noted yesterday, our Authoritarian communist Left is done using the homosexual lobby to beat on Christians in the courts.  They have moved on to the next stage:  The demolition of America in collusion with Jihadist Islam, just like what Merkel is doing to Germany and socialists everywhere are doing to commit cultural suicide in Western Europe.

Clinton is taking Saudi money.  Clinton as Secretary of State pulled strings to shut down the FBI investigation of Omar Mateen’s mosque, just as Obama shut down the FBI investigation of the San Bernadino Muslim couple that ended up committing a mass shooting in California.  Starting to see the pattern yet?  The Democrat Party Elites don’t care if their new pet sacred cow minority hates gays and Jews, and any other group.  They are being brought in to create chaos, and the likes of Hillary Clinton doesn’t care about the collateral damage.