In the aftermath of the terror attacks in Paris last weekend, leaders within the European Union (EU) are functioning as expected by engaging in a reactionary crisis mode as they attempt to appear relevant following the deaths of over 100 people.  And using the axiom coined by former U.S. Chief of Staff Rahm Emmanuel where governments should never let a crisis ‘go to waste’, EU ministers have begin focusing on Bitcoin rather than the root causes of the attacks by claiming the crypto-currency is a primary platform for the funding of terrorism.

Bitcoin in itself is amoral, and acts as a medium of exchange between any number of paper currencies, or in direct trade for goods and services.  And like the failed arguments made by a small section of the population that claims that guns kill people, even though it is little more than an inanimate tool used for good or evil, the real reasons behind Europe’s new push to regulate Bitcoin is more about control than it is about halting terrorism or illegal activity.

Just a week after the Paris terrorist attack, showing a dramatic ability for coordinated work by a continent that is known for anything but, today EU interior and justice ministers are gathering in Brussels for a crisis meeting called after the Paris carnage of last weekend. This happens days after the European Commission already announced it would make procurement of weapons across Europe far more difficult, if only for citizens who wish to obtain protection legally.

According to Reuters, the justice minister will urge the European Commission, the EU executive arm, to propose measures to “strengthen controls of non-banking payment methods such as electronic/anonymous payments and virtual currencies and transfers of gold, precious metals, by pre-paid cards,” draft conclusions of the meeting said.

Conveniently, Reuters reminds us that “Bitcoin is the most common virtual currency and is used as a vehicle for moving money around the world quickly and anonymously via the web without the need for third-party verification. Electronic anonymous payments can be made also with pre-paid debit cards purchased in stores as gift cards.”

If governments and ministers within the EU had wanted to curb the use of monetary platforms for terrorist or other illegal activities, then they would have long ago indicted major banks like HSBC, who was finally found guilty of laundering money for drug cartels, who themselves perform their own terrorist actions on local communities and international competition with little outcry. 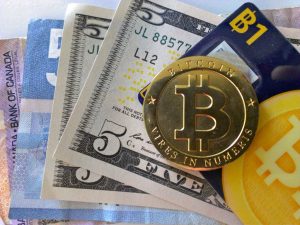 The EU is on the brink of implementing new monetary policies that will destroy individuals who store their money in banks, and who enjoy the use of cash in their transactions and lifestyles.  And it is because of this need for control over money and the people that Bitcoin is a major threat to the established system, and last weekend’s terror attacks provide a nice scapegoat for the EU to go after it using the false narrative of stopping terrorism.  Because in reality, it is the EU, along with other Western government’s, who are responsible for last week’s attack through their long-standing sale of weapons to anyone with cash, and in their failing to regulate their own banking system that funds and launders money to terrorists.

Guess WHICH STATE Is About To LEGALIZE CARRYING GUNS In CHURCHES, HOSPITALS, & SCHOOLS …