Trump certainly is hammering the Democrats down. This bumper sticker is certainly one to make the Left absolutely crazy. In fact, they just can’t seem to help but constantly attack Trump supporters, especially ones that deviate from the leftist norm.

Robert Gehl reports that a black, teenage Trump supporter in Atlanta has been receiving death threats for his political views.

Quay Manuel had a heated debate with a protester at a Donald Trump rally two weeks ago that went viral. Since then, the 16-year-old’s life has turned upside down.


He said he’s received seven or eight death threats and has been brutally harassed online, CBS46 is reporting.

SCROLL DOWN TO SEE THE STICKER

“One comment I remember said that we should go clip this nigger, and clip means we’re going to take you out, basically, and it’s absolutely insane,” Manuel said.

He’s also been told he was letting every ancestor he had down, he’s been called racial slurs and even bullied at work.

Quay said he’s not swayed by the death threats and isn’t getting out of politics.

“I don’t because it actually makes me want to move this campaign forward because that means I’m touching so many people,” Manuel said.

Local Black Lives Matter activists claim they’re not behind the death threats and they don’t condone them.

The president of the Atlanta BLM chapter – who goes by the name “Sir Maejor Page” made an oddly phrased statement.

“It’s morally wrong, it’s ethically wrong and if we’re talking about insinuating on causing bodily harm to another person simply because of their viewpoint I think it’s criminal,” he said (my emphasis). READ MORE 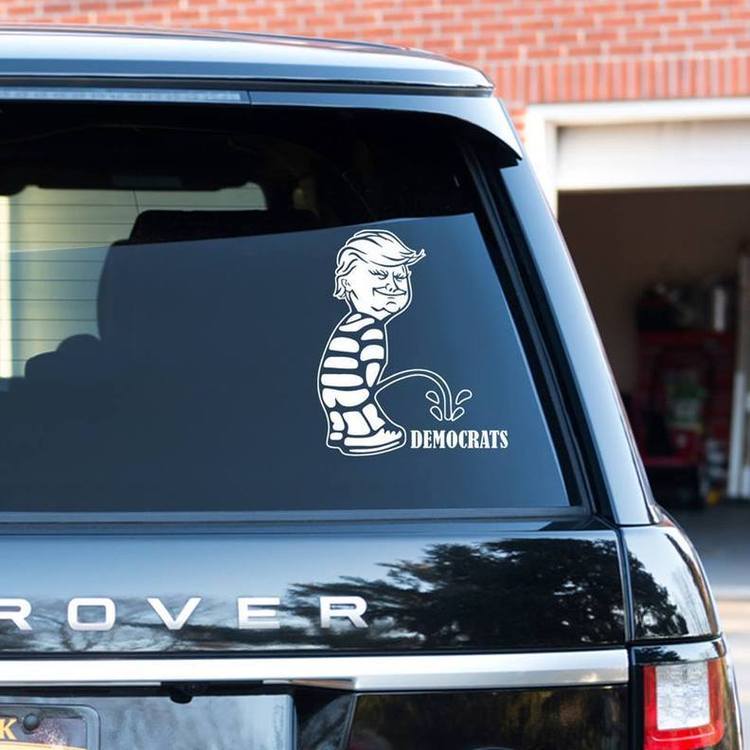