At the height of the Y2K scare two decades ago fringe leaders, including many church Pastors, were calling for the end of the world or in some cases the time when the Anti-Christ was coming onto the scene to usher in the new world order.

But following a terror attack on American soil, the introduction of the surveillance state, an economic collapse, and trust in society as a whole at perhaps its lowest point in U.S. history, thousands of people are giving up the ‘civilized’ lifestyles and heading for the wilderness to escape what is coming, or perhaps what is already here.

Thousands of Americans are flocking to “Big Sky” country, and this movement has become so prominent that it has even caught the attention of the mainstream media. Within the last several weeks, both The Chicago Tribune and The Economist have done major articles on this phenomenon. From all over the country, conservatives, preppers and Bible-believing Christians are moving to Montana, Wyoming, Idaho and the eastern portions of Oregon and Washington. As you will see below, this region has become known as the “American Redoubt”, and for a variety of reasons it is considered by many survivalists to be one of the top “safe zones” for when things really start falling apart in this nation. - End of the American Dream

There are many reasons why television shows like Doomsday Preppers became popular during this decade, with most of the fascination in the program being derived out of ridicule versus constructive debate.  But it hasn’t been until this year’s Presidential campaign, along with the rise of alternative political parties in Europe, that has caused many in the mainstream to take a much longer look at whether society in the West is suddenly breaking down, and if the future is now more uncertain than ever.

Starting with Occupy Wall Street, then followed shortly after by the Tea Party and Ron Paul Movements, the aftermath of the 2008 Credit Crisis has induced a paradigm shift for thousands if not millions of people, and especially for the millennial generation who are rebelling from just about everything status quo over the past 60 years. 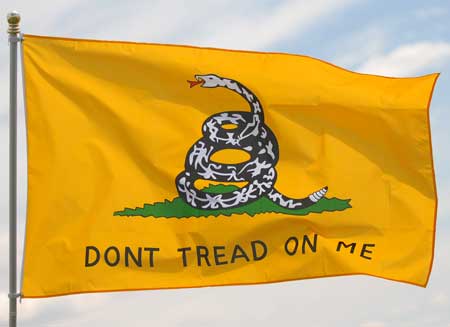 Many Americans no longer recognize their country from what it was just 16-20 years ago, and quite a few of them feel that society has reached its peak and is headed towards collapse in some form or another.  And out of this is emerging another movement, not unlike the Commune movement of the late 1960’s, where people who no longer feel welcome in society are simply quitting on their current lives and bailing out to the frontier where the tendrils of that society will be too far away to effect them, or might even forget them completely. The last time the Fed raised rates, credit markets collapsed and the economy went into recession