In August the Obama administration borrowed a record $151 billion for a single month, setting for the course for 2016 to see an increase in the national debt of $1.36 trillion.  In fact, America’s debt was recently reported to have crossed over $19.5 trillion, and has begun to accelerate higher ever since Congress removed the debt ceiling completely last October.

And while the U.S. is not the only economy to boost debt levels to new record highs in 2016, as seen in the activities of the Eurozone, Japan, and especially China, one has to wonder if there is a hidden plan on the horizon to either let the global economy implode under the weight of this debt, or as the IMF has implied recently, perhaps world leaders may have something else up their sleeve.

“We currently face a monumental dilemma,” moans economist Frank Hollenbeck before posing the $64,000 question: “How do we extract ourselves from all this excessive debt without crashing the world economy?”

He summarizes it a “giant reset button on the world economy.” He says it would cancel all government debt held by banks… and over $15 trillion of private debt. And cause real GDP to surge 10% into the bargain — a claim supported by the IMF.

In late 2013, economist and statistician Dr. Jim Willie had reported that upwards of 140 nations signed a secret agreement that would have initiated some form of a global currency reset, but this was scuttled in January of 2014 when the U.S. helped lead the Maidan coup in the Ukraine.  And ever since then global economies have ratcheted up monetary policies that included zero and negative interest rates, increased rounds of money expansion, and a currency war that has even brought the concept of banning cash to the fore as a means to try to stem off financial collapse. 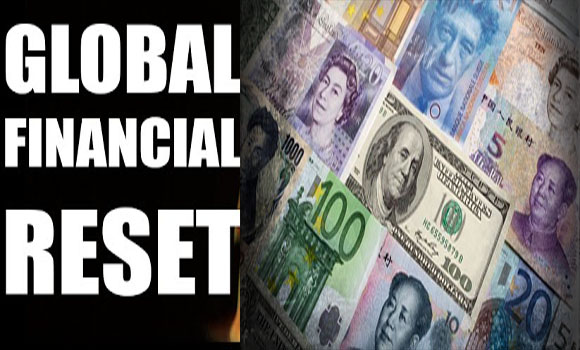 The fact of the matter is, the idea behind a debt jubilee is thousands of years old and has a proven track record of both equalizing wealth among populations, and seeding economies for new growth and prosperity.  But unfortunately it also means that those who currently control wealth would lose significant power, and it is that desire for power and control that is keeping a financial restart of any kind from occurring. 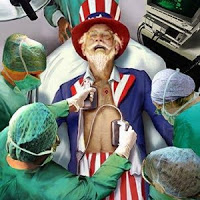 What if a central bank initiated a bond buying program and no one wanted to sell?