Over the weekend, well known author and economic analyst Willem Middelkoop sent out an email regarding some insider information he received about a meeting between Russian and Chinese leaders where they discussed ending dollar hegemony, and cultivating the establishment of a new financial order.  This meeting, and its main thesis, is occurring at the same time that Western financial institutions in both Italy and Germany teeter on collapse, and central banks in the U.S. and Europe mull over new Quantitative Easing (QE) programs to put a band-aid on a dying status quo system.

Brexit can be seen as part of a world wide revolt against the establishment, which gave us the British and American empire (together with a few dozen wars).

People are ‘Fed’ up with elites and their game plans (EU being one of them). Desintegration of EU has started now. Had to happen anyway. But I am afraid of the other unintented consequences.

Sure, insiders know this debt fueled growth model can’t go on forever. Stating this in the past was a step out of the official ‘party line’. But without anymore QE the whole system (house of cards) will simply start to collapse.

I will be waiting for insiders to start calling for Debt Restructurings and moves towards creating much more SDR-liquity to know real changes are being prepared.

Until that point more of the same is to expected. But more QE and ever lower rates will increase the flight to gold, which could lead to a paper-gold-default (and silver) on the COMEX (Chicago) and/or LBMA (London) exchanges/systems.

On a side note; Russia and Chinese leaders met twice during last week and called (again) for an end to the current (dollar) system.From my contacts with Chinese insiders I know they really understand our problems well and are clearly preparing for The Next Phase (a monetary and geopolitical reset) (note: bold emphasis is mine)

Time has come to become very defensive now. A new worldwide financial and political crisis could just have been started. When Trump will be elected it’s time for the real fire works. It will be the American equivalent of a Brexit. A huge shift from the political past.

Willem Middelkoop is the author of The Big Reset: War on Gold and the Financial Endgame where he lays out the inevitability of the world leaving the dollar based Bretton Woods agreement, and forging a new monetary system that sees a return of the gold standard in some form. 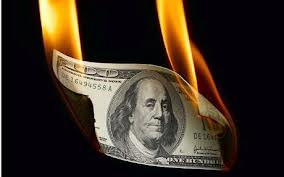 Ever since the beginning of the year, and accelerating even more following the UK’s Brexit vote on June 24, sovereign nations, central banks, and high wealth investors have been buying gold and silver at record levels.  And since the Chinese have already intimated that a gold backed RMB and trade mechanism is part of their long term monetary goals, it appears right now that the flight to safety in precious metals will only increase as currencies continue to devalue, and bond yields go more into negative returns.

No purely fiat currency has ever lasted longer than the dollar has, but like all previous ones it appears that its days are numbered.  And as more and more nations flock to Russia’s EEU and China’s Asean trade unions, once a critical mass of global trade is achieved using each nation’s own currencies rather than using the dollar as a medium of exchange, the likelihood of the East declaring a new global monetary system is assured, and most of the West will either be left isolated, or forced to change their own systems if they want to participate in the new paradigm.

Did the world declare war on the dollar at the G20 summit? 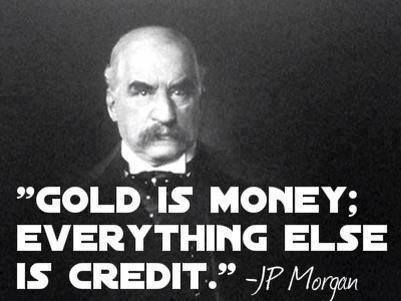 ELDER PATRIOT - CNN’s Don Lemon’s inability to engage in debate has once again led him to shut down dialogue with a guest and walk off the stage. With hosts like Lemon it’s no wonder […]

VIA| Isn’t it just hilarious that Franken recently had to cancel his upcoming events with comedian Kathy Griffin and Bill Maher after their extremely offensive actions towards their very own country, but he can’t find […]

KIRSTERS BAISH| President Donald Trump met with Putin today, in what can only be called a pivotal moment in America’s history. This video clip shows the moment that Trump met Putin for the FIRST TIME. […]

An attempted act of political violence was just thwarted – but don’t expect a wave of reporting from the Left on the need to tone down “violent rhetoric.” If any obscure act of violence can […]

KIRSTERS BAISH| Emmanual Macron, French President, went right on up to President Donald Trump when he saw him while taking the G-20 picture. To appreciate the whole situation, you have to watch the video below. […]

KIRSTERS BAISH| This has been a tremendous year for the Conservative Party. After enduring eight years of the worst possible president of the United States of America’s history we were given a second chance. With […]

LIBERAL MEDIA REPORTERS HAVE ABSOLUTELY NO DECENCY WHEN IT COMES TO THE SUBJECT THEY ARE GOING AFTER. RSP| After President Trump posted the infamous tweet of him wrestling “CNN” the media outlet found the creator […]

KIRSTERS BAISH| We’ve heard all of the liberal backlash against President Donald Trump since the beginning of his run for office, but this time he is leaving them with no ammunition to fire. After tweeting […]

KIRSTERS BAISH| A Pakistani family who was once accused of fraud and having terrorist connections are now working for countless numbers of Congressional Democrats as IT administrators. Not only does this information leave us with […]

KIRSTERS BAISH| After all of the shit the Clinton family has pulled over the years it shouldn’t come as a shock to hear that Chelsea Clinton has indeed stolen money from charity. In his upcoming […]

VIA| On Saturday night’s opening of Justice with Judge Jeanine, the Judge broke out and ripped Michelle Obama a new one, regarding Michelle’s “classy” statements she made, during an interview with Oprah. HA! (Videos Below) Michelle Obama […]

KIRSTERS BAISH| President Donald Trump spent Independence Day at the White House accompanied by families of military personnel and staff members. He wanted to celebrate our country’s special day with men and women who fight […]